I really do enjoy a good design challenge, regardless of medium. But there’s challenges, and then there’s the vergence-accommodation conflict (VAC), which is the single most shitty, unavoidable side-effect of how VR headsets are designed.

In a nutshell: the way that the lenses of your eyes focus on an object is totally separate from the way that your eyes physically aim themselves at the object you’re trying to focus on. In the image below, A & B are depictions explaining what our weird human eyeballs are doing when we're in VR, and C & D are simulations of how we experience depth when in the real world vs in a VR HMD: 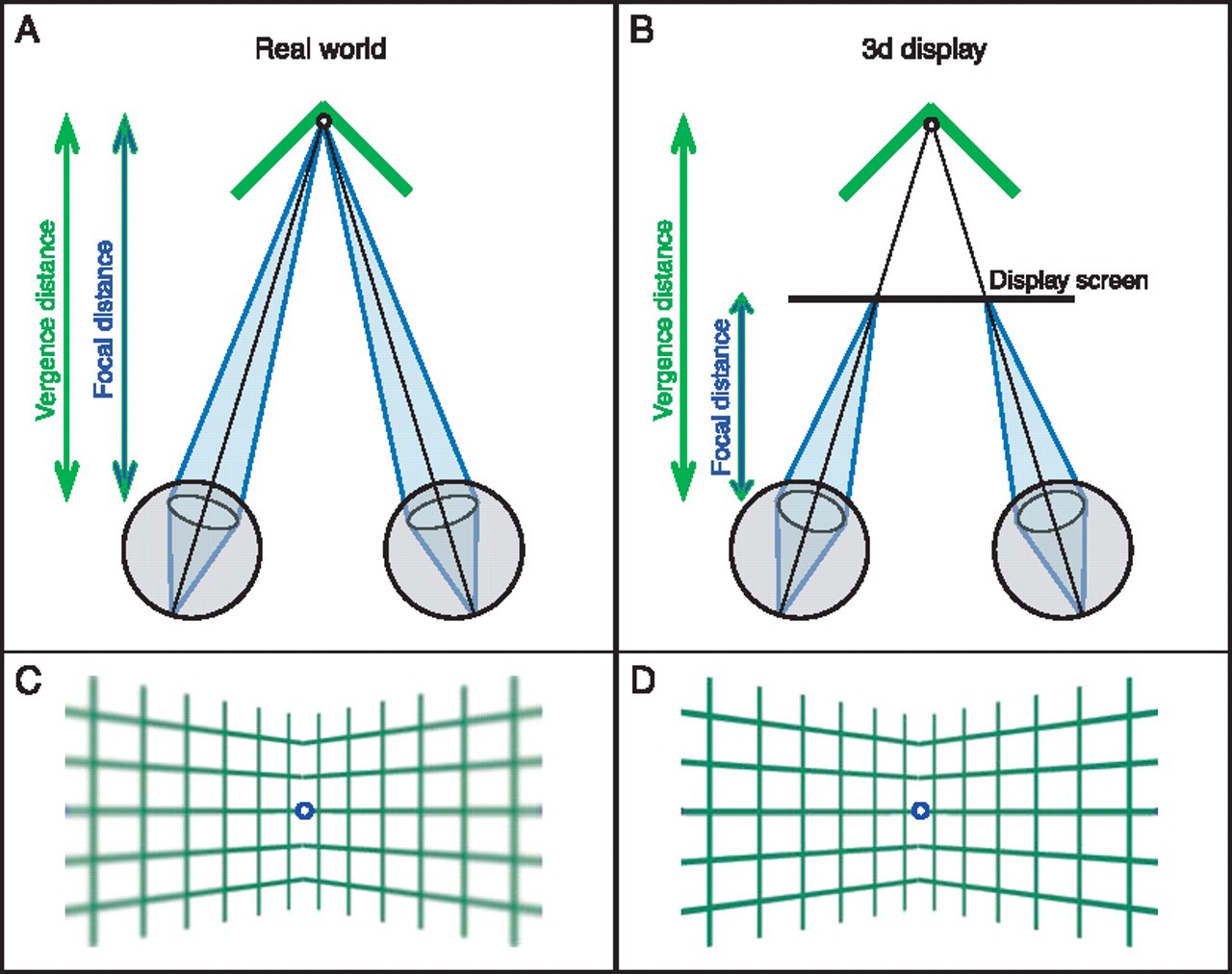 Above image as found in "Vergence-accommodation conflicts hinder visual performance and cause visual fatigue."

It should have taken your eyes a noticeably long amount of time to adjust to the new focal point — hefty vergence movements take the eyes a second or more, much longer than the fractions of a second it takes our eyes to make saccade movements (looking back and forth, scanning the environment).

So what’s the VR problem? Current-gen HMDs for virtual reality are a flat square screen inside a pair of goggles that simulate depth of field. There is a disparity between the physical surface of the screen (vergence) and the focal point of the simulated world you’re staring at (accommodation).

Virtual reality headsets like the Rift or the Vive ask you to stare at a screen literally inches from your eyes, but also focus on a point in the simulated world that’s much further away, when human eyes normally do both to one single fixed point. In fact, your brain is so used to performing both of these physiological mechanisms at the same time toward the same fixed points that activating one of them instinctively triggers the other.

All kinds of bad, nasty things happen when people are asked to separate the two: discomfort and fatigue which can cause users to end their sessions early, headaches that persist for hours afterward, even nausea in certain people (though it is oftentimes hard to separate out VAC from all of the other things that make people sick).

Quickly moving objects closer to or further away from the user can fatigue eyes faster.

So it’s in everyone’s best interests to figure out how to solve this problem, whether it’s hardware changes, light fields, or writing code to account for these kinds of effects. I’m not qualified to go into much detail on the programming side of things, but there are some pretty clever developers & academics actively trying to solve this on the software side.

Since we’re stuck with the hardware we’ve got for now, and the software approach is still TBD, we have a band-aid solution in design. Fortunately, there are some good best practices in virtual reality UX design that we can use to reduce or avoid VAC-induced discomfort. The following are some solutions presented by Hoffman et al in their paper located here, combined with my own experiences:

These best practices won’t solve the problem entirely, but they’ll definitely make a difference in the comfort and stamina of your users. 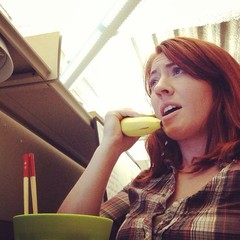 The user is disabled: solving for physical limitations in VR